It’s been so long since I’ve been to the Twin Cities and long over due. A beautifully written play, The Bernice Project, brought me to the Cities for the weekend. With my sister-in-law as a guide, we checked out some awesome new sites.

When with a big group, it’s important to go with the flow. However, that’s easier said than done. I wasn’t so sure about the dinner choice. Being in Minneapolis, my thought wandered toward the famed Jucy Lucy, but one look at the menu at Stella’s Fish Cafe, and I was sold. They specialize in fish and have some of the freshest around, flying it in daily. I had one of their signature dishes: parmesan encrusted halibut. It was plated atop asparagus, garlic mashed potatoes, and a buttery lemon sauce. Buttery bites melted in my mouth, I practically licked the plate clean. DELICIOUS! 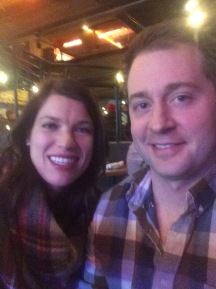 The main purpose for this trip was to see a play written by my mother-in-law and sister-in-law titled The Bernice Project (Minnesota Playlist Review). Taking place in the late 1940’s just after World War II, this play was based on a true story about an unwed mother who was shamed by her Catholic family and forced to give up her baby after the birth. This play continues to run next weekend for anyone interested. I’d highly recommend it due to the nature of this shocking, untold story. If you cannot make it, but plan to visit Minneapolis in the near future, this venue was at the Phoenix Theater. Check out their website for information for upcoming events. 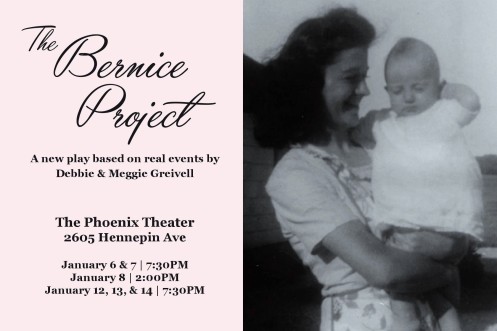 To celebrate the production and our togetherness, we went to Lakes and Legends, a taproom nearby. They had a large variety of beers including stout and Belgian ales. I ordered St. Gail. It’s brewed with raspberries giving it a pink hue. This reminded me of the raspberry and blueberry beers I loved at Fratellos. I paired my beer with some peanut M&Ms. We topped off our night with a midnight snack, considered it a successful night, and vowed to do another getaway soon.

Join 106 other followers
Follow 365 Days of New on WordPress.com

Check Out My Style